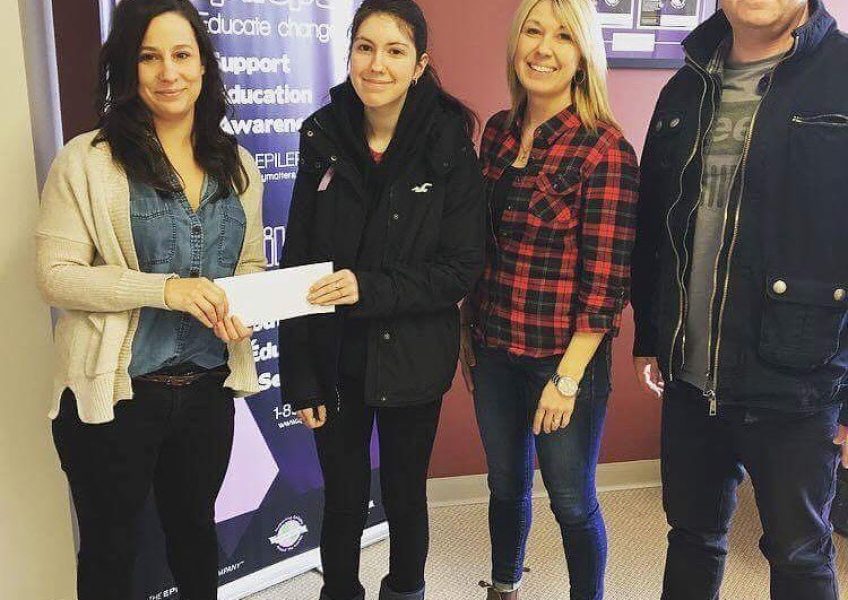 The team at JAC put in so much effort to celebrate Purple Day– they made it a week long event at the office.

They took to social media with the Don’t Fear The Purple campaign and helped spread epilepsy awareness.  Through graphics and videos, the  social media accounts were filled with purple coloured facts about epilepsy and how others could help.

Everyone on the JAC team was put to the test with their swear jar. Every time someone swore, money went to the jar and team member Faith was responsible for record keeping. JAC decided it would match contributions to the swear jar at the end of the week. The office held a bake sale and JAC matched the contributions from that as well. As a marketing agency, they had plenty of ideas on how to get the word out and how to help raise funds in support of Purple Day. 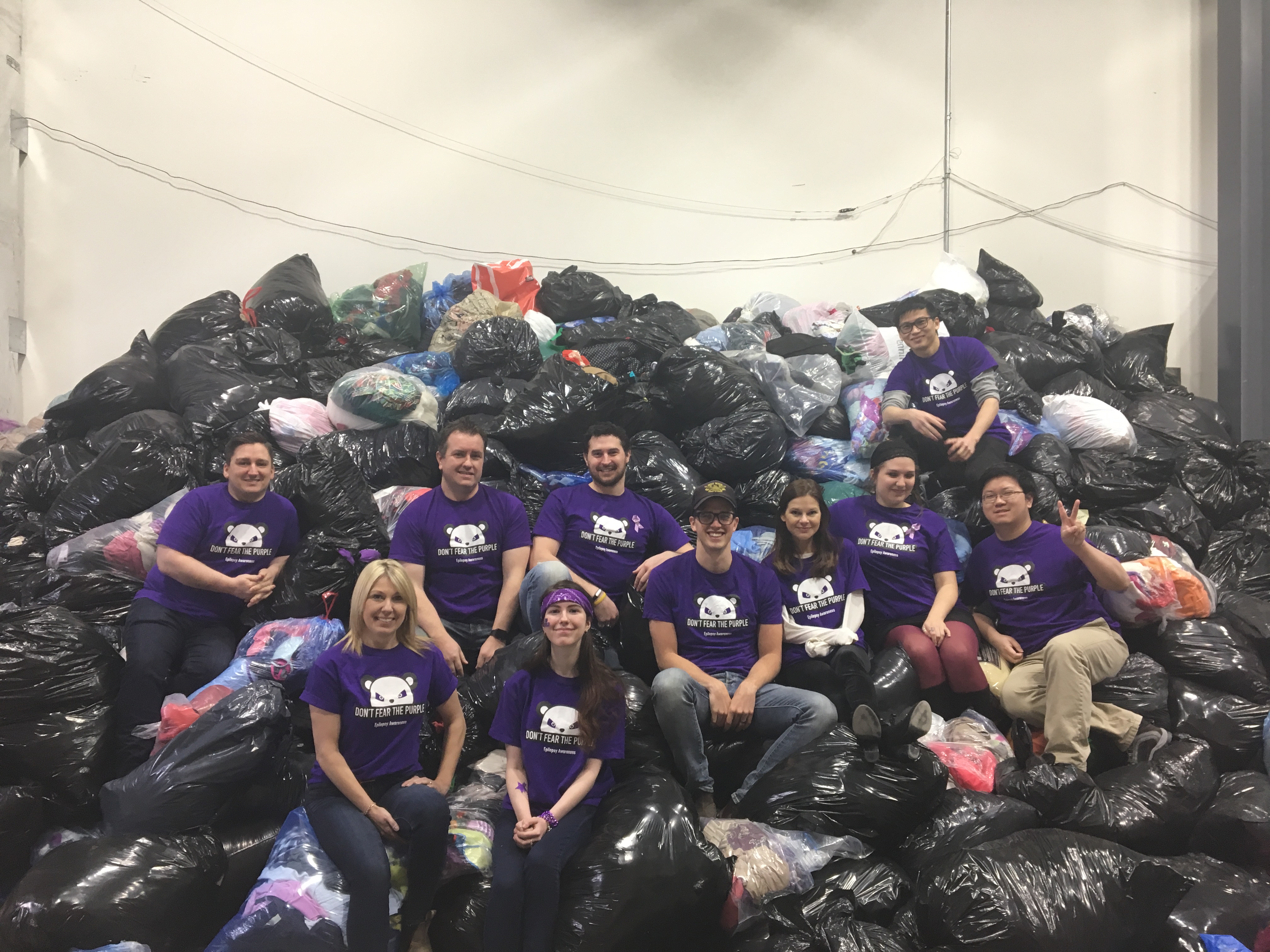 On March 24th, the team arrived to ENL’s thrift store , Previously Loved Clothes and Things with loads of filled bags after they ran a clothing drive. They stayed for a Facebook Live feed video, helping the public understand about Epilepsy, the operations at the Thrift Store and how everyone could help out.

“We are thrilled that JAC would donate their time and resources to come and help us educate about epilepsy because epilepsy is a big issue here in Newfoundland. There are approximately 10, 000 men, women and children living with epilepsy and Epilepsy Newfoundland and Labrador is the only association in the province that supplies programs and services,” said executive director, Gail Dempsey on the Live video.

John and Pat Atkins are the owners of JAC and they have been participating in Purple Day for many years.

“As many of you know our daughter (Faith) has epilepsy. She had it since she was about three. We have been doing this every year for awhile now and it’s very close to our heart. I think it’s important to understand this condition. There are a lot misconceptions about it,” said John in the live feed.

One March 26th, Jeep Girls NL and Crawl the Rock jeep groups organized a Purple Day Jeep Run with John and Pat’s help, and all proceeds were added to JAC’s ENL donation. All the efforts brought in over $800 in donations.

Epilepsy Newfoundland and Labrador would like to thank everyone at JAC for all their efforts and the Don’t Fear the Purple Campaign for all their hard work and time.